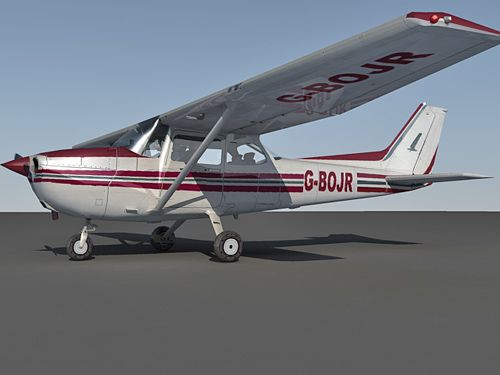 The Cessna 172 is manufactured by Cessna Aircraft Company, Cessna 172 Skyhawk is a single-engine, four-seat, high-wing fixed-wing aircraft. Cessna 172 was introduced in 1956 and its the most successful mass-produced light aircraft in history. This is low poly 3d model of Cessna 172 with UVW mapping. Comes with various 3d formats.

all those models are so beautifull i thank you so much for your generosity ..

best models here, a big thanks