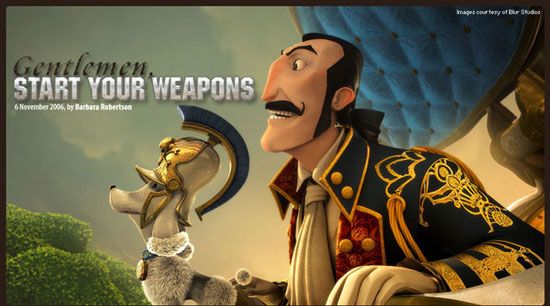 Beautifully animated and a hilarious treat to watch. Blur sets the pace for Oscar season with a stylish, but funny, animated film. Each year for the past four years the crew at the small visual effects studio Blur has created one or more award-winning short films. This year, a film that in many ways represents the studio’s most ambitious work, is once again likely to make the short list for an Oscar nomination and could go all the way.