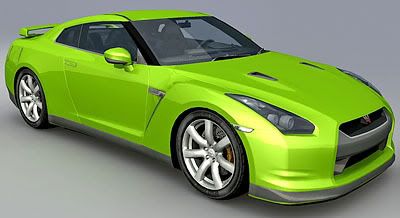 Nissan GTR coupe was introduced by Nissan in 2007, Nissan commonly refer this as super car of the 21st century. Nissan GTR is know for stylish appearance and wonderful performance. with a lap record of 7 mins and 29 secs, it is one of the fastest car to lap the Nurburgring circuit. Nissan GTR can accelerate from 0-100km/h in 3.5 seconds and a top speed of 310 km/h.